When you first arrive in the USA, you’ll enjoy a 3-night orientation in New York City. During this orientation you’ll learn some important information about your au pair placement, and also have chance to explore buzzing NYC. Here are our top 6 must-see sights in New York.

1. The Statue of Liberty

The symbol of America itself, this incredible statue is a must for any visitor to the Big Apple. TOP TIP: If you’re short on cash, don’t go on one of the expensive boat trips. Hop on the Staten Island ferry. It’s absolutely free and goes right past the statue!

Catch a show in the bright lights of Broadway! This theatrical hub is home to all the biggest musicals and stage plays. Head to the ticket office in Times Square to get some cheaper last minute deals.

Commemorating the tragic events of the 11th September 2001, this memorial is haunting and powerful. The museum is really well laid-out and offers a fascinating and heart-breaking insight into this unforgettable event.

Nestled right in the heart of the city, this park is huge and beautiful. In the summer, stretch out on the grass and watch the boats on the lake. In the winter, grab a cup of coffee and a pretzel and stroll the tree-lined paths.

Completed in 2014, this park is built on a disused railway line above the city streets. Exotic trees, artworks and special events can be found along the route, and it offers a nice retreat from the hustle and bustle of the city itself.

Head over to Brooklyn and discover the golden beach and amusements parks of Coney Island. Wander the beach, ride the rollercoasters and round off the day with some fresh New York Pizza! 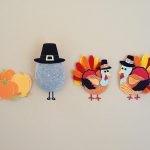 What are our lovely au pairs thankful for… 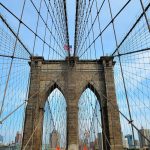