One of the biggest and best holidays happens this Saturday in the USA, July Fourth, Independence Day! 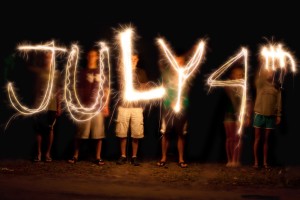 It’s a time for fireworks, flags and fun, all with a red, white and blue backdrop and lots of whoo-hooing.  There’ll be baseball, barbecues and bunting and if you are in eye line of the Empire State Building, once the Macy’s Fireworks Display fades away and the Star Spangled Banner is sung, you’ll see the windows of the building light up in red, white and blue. 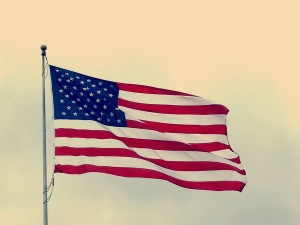 Everyone loves this holiday, it is as All-American as you can get, patriotic and proud, people will tell you without prompting how much they love America and, if they are near Colney Island in New York, they might prove it by joining in Nathan’s Hot Dog Eating Contest (Check it out here: nathansfamous.com/contest).  The record is held by ‘Professional Competitive Eater ‘ Joey Chesnut , for 69 hot dog sausages (plus buns!) which he managed to chow down in 2013, and there’s a separate women’s record which went to Sonya Thomas (45 hot dogs) in 2012.  She’s tiny, she weighs less than seven stone and on the other 364 days of the year prefers one small meal a day with lots of green vegetables. So eating loads of hot dogs isn’t what you do to train for eating loads of hot dogs. I am really glad I know that. 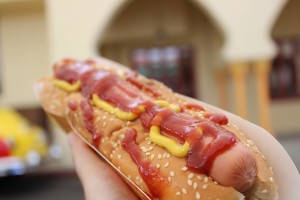 Hot dogs aside, just in case you don’t completely know or are muttering “Independence from what exactly?” here’s a really quick American history lesson:

Independence Day, commonly known as the Fourth of July or July Fourth, is a federal holiday in the United States and commemorates the adoption of the Declaration of Independence on July 4, 1776, which declared American independence from Great Britain – yes, they’d had enough of us and wanted to go it alone.

By the time the Declaration of Independence was adopted that July in1776, the Thirteen Colonies that made up America at that time had been at war with Great Britain for more than a year. Relations between the colonies and the mother country had been deteriorating since the end of the Seven Years’ War in 1763. They’d just had enough: the Americans wanted to be free of British rule and British taxes. 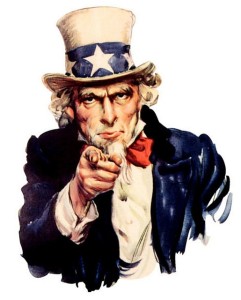 So they voted for independence and then five men, led by Thomas Jefferson set about writing it all down in no uncertain terms so the Brits and anyone else who cared to pay attention knew exactly where they stood. It was the biggest break-up in history, but as is always the case, they hadn’t been getting on well for ages and they really did need to move on and start to see other countries.

The Declaration of Independence starts with the line: We hold these truths to be self-evident, that all men are created equal, that they are endowed by their Creator with certain unalienable Rights, that among these are Life, Liberty and the pursuit of Happiness.

Well, you can’t argue with that. It was apparently all decided on July 2nd, but the printers was shut and there was no email in those days (I know!) so the date for signing was two days later on the 4th.

John Adams and Thomas Jefferson, signers of the Declaration of Independence who both later became Presidents of the United States, died on the same day: July 4, 1826, which was the 50th anniversary of the Declaration.  Ooooh spooky.

Calvin Coolidge, the 30th President, was born on July 4, 1872, and is the only U.S. President to have been born on Independence Day.  Not spooky at all, just a meh for that one then.

Although not a signer of the Declaration of Independence,  James Monroe, another Founding Father who became a President, died on July 4, 1831,  becoming the third President in a row who died on the holiday.  You see? Too many hot dogs at high speed doesn’t suit anyone.

Stuff you can do to celebrate American Independence:

Apologise for historical British rule and British taxes if you like, but it might be better to celebrate where we have got to today, our American friends love us Brits, especially their au pairs.

Make flags and bunting of the Stars and Stripes and our Union Flag – both are red, white and blue, decorate the garden or the front of the house, it’ll all look great.

Face paint anyone that comes near you, you only need three colours to be both patriotic and international.

Just relax and enjoy the holiday, you probably won’t be on your own with the kids, you’ll be in the mix with whatever’s going on in your neighbourhood: get stuck in, watch or play baseball, and enjoy the fact that you get to see fireworks when it’s not a rainy November night., or a freezing New Year’s eve. 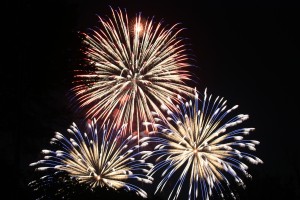 Eat hot dogs. You could come back with not only ‘Au Pair’ but ‘Professional Competitive Eater’ on your CV. 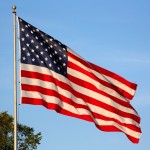 It’s Labor Day in the USA!