Chicago winter feels never-ending, especially when you arrive in November to the beginning of the weather decline. I’ve been here for four months, and with exception to the first few weeks, the only landscape I’ve known has been of biting cold and mountains of snow. I’ve had to invest in pricey winter gear – snow boots in particular are not only worthwhile, they’re a necessity – and driving has been treacherous, made even more terrifying when you’re shepherding around someone else’s young children. I will certainly never again complain about the UK’s cold, which is barely mild in comparison.

Despite knowing that the snow will come to an end eventually, nothing can prepare you for the sheer exhilaration when the temperature suddenly soars; when the ice begins to melt, rivers trickling down roads; when the sun is out, and the sky is blue, and you can go outside without thick layers and heavy footwear. It feels too good to be true. Perhaps that’s how the people of Frozen’s Arendelle feel at the end of the film!

Still, regardless of that euphoria – which expresses itself in the form of children running riot on the wide suburban streets with bikes, roller-blades, skateboards and various sports games – this thrumming joy is undercut with a slight yet sharp feeling of loss. Perhaps not for the families who live here and experience the seasons annually, but for an au pair who knows she won’t be here in a year’s time to endure the snow again, there’s a conflicting squeeze of sadness in that understanding.

I won’t again look out of the window to gaze upon a peaceful winter wonderland. I won’t drive past the frozen river on the school run. I won’t find my basement window blocked by snow, which is all that can be seen when I look up.

So when you embark upon your own adventure, wherever you will be, savour the time that you have there. In only eight more months, I will no longer live in this house, with this family, looking after these children; I will no longer belong to this neighbourhood, be a part of this community, or travel downtown to see my friends. My journey will come to an end.

But until that time to say goodbye, I’m going to rejoice in this amazing sunshine; because finally – finally! – spring has come to Chicago, and oh boy is it glorious. 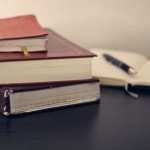