So what’s Thanksgiving all about? 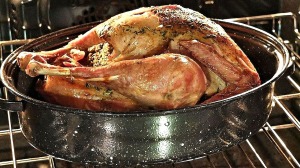 Each year, on the fourth Thursday in November, Americans meet for a feast of food, football and family fun, all in the name of giving thanks. Thanksgiving is a holiday that is all about being together rather than being about shopping, and I think it’s a shame we don’t have the equivalent in the UK!

The main event of the day is similar to a British Christmas dinner, with roast turkey, potatoes and vegetables. The football is of course American, rather than proper football, but the big family get-together is the crucial part. If you are in the US as an au pair in November, you’ll get to experience it first hand and be able to tell everyone you meet that (a) yes this is your first real Thanksgiving and (b) no, we don’t have the same holiday in the UK.  You’ll probably be asked these questions lots and lots of times. 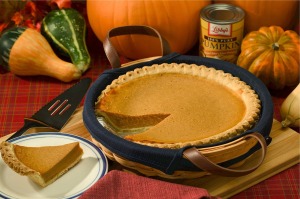 Thanksgiving is the biggest holiday in the USA, celebrated by more people than Christmas as it tends to cut across all religious and cultural lines and is seen as a chance for everyone to just say a big thank you to the universe for their good fortune.

The festival started in 1621 when it is said the Pilgrims sat down with the native Americans for a three day feast and gave thanks for a good harvest.  The Pilgrims had first arrived at Plymouth Rock a year before on 11th December 1620. Their first winter was devastating. They were unprepared for the cold winter, didn’t bring their onesies or snow boots, totally forgot to do a Sainsbury’s order and so ran out of food. On top of all that bad planning, they all caught really, really nasty colds… fatal colds in fact. They lost 46 of the original 102 who sailed on the Mayflower (as in, they died, I don’t mean they wandered off and couldn’t find their way back).  It wasn’t looking all that good for anyone, but miraculously the harvest of 1621 was a really bountiful one, everyone cheered up and the remaining colonists decided to celebrate with a feast. Quite rightly they realised that they would not have made it through the year at all without the help of the natives and so invited them round to celebrate with them. In those early days the feast was probably more like a traditional English harvest festival, as the Pilgrims weren’t really the ‘when in Rome’ kind of people and liked to do things as they had done them at home. Over the years the celebration became a real giving of thanks but isn’t really anything like the harvest festivals you might remember from primary school.

In 1863 President Lincoln became the first president to proclaim Thanksgiving day as a national holiday and since then the holiday has been an important feature of late November. It means that Christmas doesn’t get to start properly until December, which seems right somehow. Outside American houses, where there were once Halloween decorations, flags and banners start to appear with pictures of the founding fathers shaking hands with native Americans, appliqué renderings of things like roast turkeys and horns of plenty. The idea is that there shouldn’t be a single Christmas light twinkling until the last piece of Thanksgiving pumpkin pie has gone from the icebox.

Starbucks in the US and UK seem to think that it’s OK for Christmas to start the day after Halloween, and shopping mecca 5th Avenue in NYC has been ready for Christmas for a while now, but that’s fodder for another blog entirely.  Anyway, beyond the retail and coffee drinking world, people in the US don’t start ticking things off their Christmas lists until after Thanksgiving Thursday, when Black Friday brings an awesome flurry of gift buying activity.

Thanksgiving is seen as a rare chance for extended families to get together, eat turkey, sweet potatoes (sometimes with marshmallows on top and honestly this is a beautiful and delicious thing to behold and eat, even though the marshmallow inclusion is undeniably weird– clearly sweet and frivolous but served here as part of the dinner, not a pudding) buttered green beans and gravy with pumpkin pie to finish.  Nobody wants to be alone on Thanksgiving – to eat all alone on that Thursday would be the very definition of being lonely by all accounts. I had a British friend who lived in New Jersey for many years and every Thanksgiving he liked to be alone to watch the football in peace. He told everyone who invited him round for the day that he’d already been invited by someone else and he got to spend the day on his own, just as he wanted. If anybody knew that, they would cry or think there was something profoundly wrong with him.

Chances are, as an au pair you’ll be wanted (and even expected) to be part of the celebration and you might get to meet the extended family on this day.  Remember it’s not a day of abject materialism and consumerism, so there’s no need to worry about presents for this one. Instead it’s about being together, eating, drinking and falling asleep mid afternoon. You don’t have to watch American football, but there’s not much else to do, so just get stuck in and pick a team and shout at the screen. You could ask someone to explain the rules, but just don’t expect to understand anything you are told.

In one of his more important duties as president, a couple of days ago, Barack Obama fulfilled the annual tradition of granting a ‘presidential pardon’ to a couple of lucky turkeys, meaning they will be spared the fate of most turkeys and avoid becoming dinner. Mr Obama pardoned a turkey called Popcorn, who shared the stage with him at the White House and may or may not have known what was going on (who knows what goes through a turkey’s mind? They might be a lot cleverer than anyone thinks). A second turkey, named Caramel, also received a pardon, though apparently ‘did not have the benefit of a face-to-beak meeting with the president’. Clearly someone was aware that turkeys might be dangerous in multiples. So Popcorn and Caramel will get to see Black Friday, it’s a shame they won’t have lots of turkey chums to buy Christmas presents for.

One of the other traditions of the day is the Macy’s Thanksgiving Day Parade along the streets of Manhattan. Across the water in Hoboken, New Jersey, the Macy’s studio has been busy all year making the huge inflatables for the parade. If you aren’t near NYC, don’t worry, it’s on the telly and you won’t be able to miss it, it’s a bit like the Queens speech on Christmas day here: very old (in fact it’s 88 years old, the same age as the Queen!), slightly odd and very expensive to stage, but if it didn’t happen, the day wouldn’t be quite right.

So that’s Thanksgiving in a nutshell and here’s a good thought from Oprah Winfrey to finish on:  Be thankful for what you have; you’ll end up having more. If you concentrate on what you don’t have, you will never, ever have enough. Thank you, Oprah.  Thank you America! 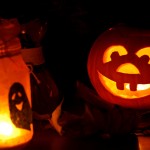 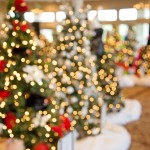